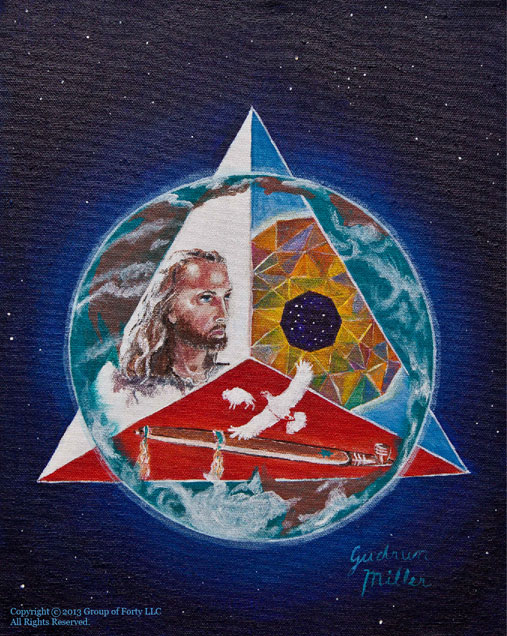 red Triangle is a term used by the Arcturians to denote a triangular symbol representing the unification of three powerful spiritual forces on Earth: the White Brotherhood/Sisterhood Ascended Masters, including Sananda/Jesus; the extraterrestrial higher dimensional masters such as the Arcturians and the Pleiadians; and the Native American Ascended Masters, such as the Chiefs White Eagle and Buffalo Heart. The unification of these spiritual forces will create the Sacred Triangle that will aid in the healing and Ascension of Earth. (see GOF Glossary)

Our overall message is focused in the paradigm, the Sacred Triangle. One of the main components of the Sacred Triangle is galactic spirituality. Galactic spirituality is the newer part of the triangle for many different groups and for many individuals. So the coming together and the understanding that there exists galactic spirituality, that there exists galactic energy that can be related to and that there exists a council is certainly a major advancement. Here you are working together to form a relationship and most importantly, to form a union with each other so that you can address the many and complication issues that are involved in a planetary Ascension and also the many complicated issues that are involved in an individual Ascension or a group Ascension.

Learn more about the Sacred Triangle in David’s books: