From the December 2013 Lecture “Bilocation and the Ascension” 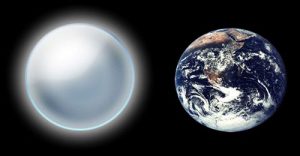 …
Greetings, I am Juliano. We are the Arcturians. Let us take a deeper look at the Ascension for there are stages of development, and there are certain trainings which you must go through in order to complete your ascension experience.

Perhaps you have even asked the questions, “How is it that the Ascension can occur? How will I be able to take my body and bring it with me to another dimension which would be the fifth dimension?” Certainly I think that all of you can work with this idea of thought projection and the idea of astral traveling.

But, when you consider the Ascension, then you have in mind that your body will also come with you. At least, I believe that is what many of you have been thinking. So, what specifically are the training tools that are necessary for the Ascension?

We have explored many of these tools in earlier lectures. These tools are very familiar to you now. They include shimmering; they include the Cosmic Egg exercise; they include thought projection. Also included in the process and exercises of the Ascension is bilocation. In fact Bilocation is one of the main exercises that need to be practiced for the ascension work.

Manifesting a physical body on the Moon would present problems unless that physical body also had a spacesuit to protect you from the cold temperatures and lack of oxygen and atmosphere on the Moon.

As you are advancing in bilocation, then you are able to place a higher percentage of your body in the second place. Jesus/Sananda used bilocation. He was not 100 percent in his body at the time of his death at the crucifixion. In fact, he was in another place in another body. Of course, he did leave a percentage, albeit a small percentage, in his body that was on the cross.

So bilocation and the practice of bilocation become a main spiritual exercise and tool for your ascension. Our work and ideas to help you have been focused on helping you to bilocate to a fifth-dimensional place. This has been the idea of using the Crystal Lake, the Crystal Temple and other places, such as our starship Athena.
…

Learn more about Bilocation from David’s Books and Lectures