You are here: Home / About / David K. Miller, Founder/Director 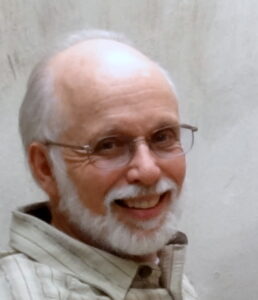 David K. Miller is the director and founder of an international meditation group focused on personal and planetary healing. He has been director of this global healing group, called the Group of Forty, for over 15 years. David has been developing groundbreaking global healing techniques using group consciousness. He works to direct powerful healing group energy to help heal areas in the Earth which need balance, restoration and harmony. The technique he uses with his group work is called Bio-relativity, which uses group consciousness work to restore the Earths “feedback loop system”, a complex planetary system which maintains the correct balance of our planet’s atmosphere, ocean currents and weather patterns.

David’s mediation group has over 1200 members worldwide. In addition to his lectures and workshops, David is also a prolific author, writing over 7 books and numerous articles on Earth Healing techniques. His recent books include: Teachings of the Sacred Triangle Volumes 1-3 , New Spiritual Technology for the 5th Dimensional Earth and Raising the Spiritual Light Quotient of the Earth. Several of his books have also been published in German and Spanish. David works together with his wife, Gudrun Miller, who is a psychotherapist and visionary artist. Together they have conducted workshops in Brasil, Germany, Australia, Mexico, Argentina, Costa Rico, Spain, New Zealand, Belgium, Turkey and Spain. David’s foundation for this work lies in his study and connection to Native American Teachings and his decades-long study of mysticism, including the Kabbalah. He also has an intense interest in astronomy and the relationship of the Earth to the galaxy.

David K. Miller and The Group of Forty would like to express our deepest gratitude to Light Technology Publishing in Flagstaff, Arizona , for providing such great support for David K. Miller’s work. Over the past 20 years, they have published over 100 of David’s lectures in their monthly magazine Sedona Journal of Emergence and are now the sole publisher of all of David’s 15 books in English, including his first book Connecting with the Arcuturians and his latest book Connecting with the Arcturians Volume IV. David has 10 separate books published in Spanish by Lulu Press through GrupoUnicornio.com  based  near  Barcelona, Spain.